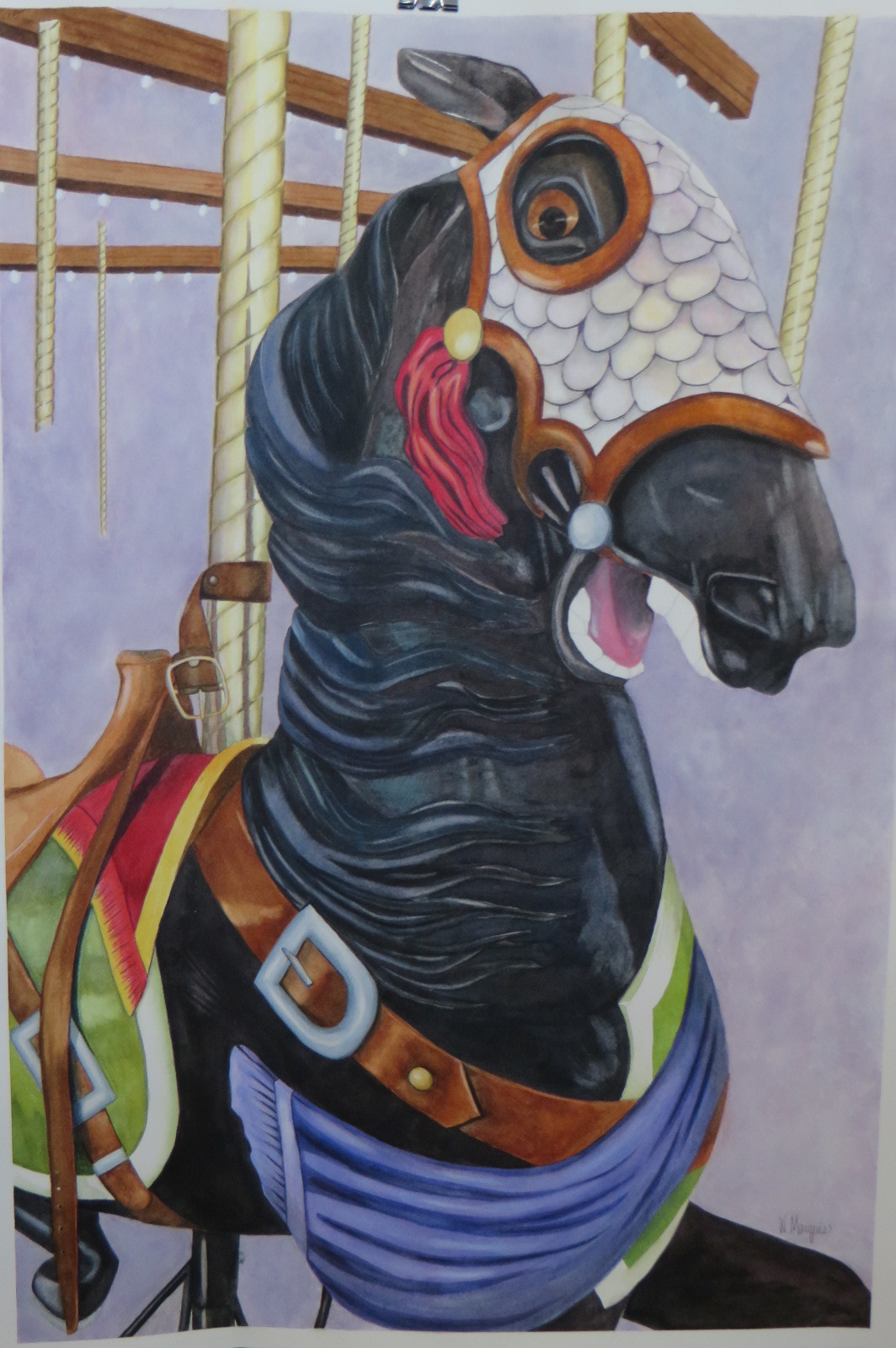 Nearly 100 works of art created by more than 30 artists will be exhibited in around 20 businesses in the village when the Malverne Chamber of Commerce launches its first ArtWalk on Saturday. The opening ceremony will take place at the Malverne Cinema at 10:30 am

The exhibition will run until June 24 during normal business hours, and much of the artwork will be for sale.

Artists from Long Island communities will showcase their work, ranging from photographs to sculptures, paintings, pencil drawings and more. Free maps detailing the location of all works of art will be available in shops in the village.

“This is the first of what we hope will be an annual event,” said Kathi Monroe, board member of the Malverne Chamber of Commerce. “We see this as an advantage for traders, residents and amateur artists exhibiting. Everybody wins.

Among the artists are locals including Erica Perjatel-Stolba, 38, of the Malverne Afterschool Center, an art teacher. Perjatel-Stolba will exhibit several pieces, including a graphite pencil drawing entitled “Sanglier” and a suspended sculpture, made from recycled materials, and created with the help of 45 primary school students from Malverne.

Barbara Cittadino, 62, is an Oceanside resident and photographer who will also be showcasing several works. “I take pictures part-time, and the other time I’m trying to retire,” said Cittadino, whose favorite subjects are children. Among the photos she will exhibit, there is “Tea with Grandmother”, which has sentimental significance because she inherited her grandmother’s dishes.

At 79, Malvernite Zelda Randell is a watercolor artist who lived in Rockville Center for 33 years and still teaches at the local senior center. “I only paint in watercolors. I started when I was 16 and never stopped, ”she said. Randell was a textile designer who painted professionally before his retirement. She said her paintings are often in surrounding libraries, including Rockville Center and Hewlett. His paintings “Water Lilies” and “Cactus Flower” will be exhibited during the ArtWalk. To see more of his work, visit www.paynesandgrey.com.

Warren Marquis, 53, a Rockville Center resident who works in the financial industry, is a self-taught watercolor artist who will showcase four paintings in the exhibition: two still lifes and two merry-go-rounds. After taking a course in 2007, Marquis said he was inspired to paint the animated faces of horses because he fondly remembers riding them as a child. Several of his works are now part of private collections.

Kerri McKay, 45, of Floral Park, has works hanging in homes, libraries and the Bank of America corporate collection. An art teacher at Bayside High School, his greatest motivation is an Irish proverb which warns: “It destroys the profession not to learn it. Her pencil drawing, “Conversations,” is a rendering of a 1920s or 1930s telephone. “The machine is sleek and my drawing is meant to applaud its graceful design,” she said.