Each year the Minnesota State Fair invites artists from across the state to submit work for consideration for the fair’s annual fine arts exhibition. Participation is open to “all living residents of Minnesota,” so feel free to submit work by talented deceased relatives.

Each artist can only submit one work. There are eight categories of competition – oil, acrylic and mixed media; sculpture; watercolor, gouache, casein and tempera; drawings and pastels; impressions; ceramic and glass; textiles and fibers; and photography – and eight jurors, one for each category. For phase 1 of the jury process, artists submit digital images. Phase 2 is an in-person examination of the work by the jurors, that is, its preparation and delivery to the Palais des Beaux-Arts. For some artists, that can be a lot of work, not to mention the anxiety.

The jury changes every year. And even if you are an established, successful and well-known artist, there is no guarantee that you will get there. In 2012, photographer Alec Soth blogged his rejection email, which read, in part, “We regret to inform you that your piece titled Brooklyn Center, Minnesota, entered Class 8 – Photography / Digital Process no. has not been selected to proceed to phase 2 of the jury processâ€¦ Thank you for your participation!

In other words, it’s Minnesota. Don’t take the air, buster.

Kern doesn’t take any of this for granted. He currently has a solo show at Burnet Fine Art and Advisory in Minnetonka (he is represented by Burnet), which is a big deal. The same goes for the article he wrote last year for National Geographic, which published six of his images. The same goes for an award he just won in Germany. His first monograph, â€œThe Sheep and the Goatsâ€, was named Most Beautiful German Book 2018. Kern’s work has been featured in numerous solo and group exhibitions and appears in numerous collections.

But the fair is the fair. â€œWhen we moved to Minnesota [from Denver] in 2011, my wife told me everything about the fair, â€he said by telephone on Tuesday. â€œIf you win a blue ribbon at the Minnesota State Fair, that’s bragging rights. It’s big stuff. It is something that money cannot buy.

Depending on the overall attendance at the show, between 220,000 and 260,000 people will visit the fine arts exhibition. Some will run inside to protect themselves from sudden rain. But most will go to see the art. For many festival-goers, the Palais des Beaux-Arts is an annual destination. So it’s quite possible that tens of thousands of people will stop by Kern’s â€œKenzie and Hootie, Anoka County Fair, Minnesota, 2016â€.

The large and lovely portrait of a young woman and her goat may stop you dead. This is an image from a series that Kern calls “The Unselected”. Taken on the sidelines of 10 county fairs across Minnesota that lead to the state fair, they show animals and their young masters – but losers, not winners. It is not the pairs that will go to glory at the great city fair.

Photographed against a simple gray background, the subjects – children and adolescents, sheep and goats – are lit like old masters. They are bright and dignified. If this is what defeat looks like, it might not be so bad after all.

Kern, who also teaches taekwondo (fifth degree black belt, owner and chief instructor of Lakes Martial Arts), wants his portraits to send a positive message. â€œWe live in a very competitive world. Fairs are places of competition. Not getting first place teaches life skills that can enable teens and young people to be successful as career professionals. Even if you are not chosen, very good things can happen.

Kern is honored and honored to be included in the Fine Art Exhibition. â€œIt is the largest art exhibition in the state,â€ he said. â€œMany who see it don’t experience art in galleries or museums. It may be their only artistic experience in a year. To be a part of this is really special. 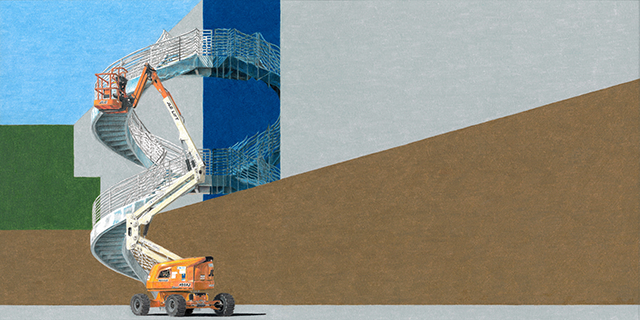 Courtesy of the Minnesota State Fair

The size and scope of the exhibition is a reminder of our wealth in the arts as a state. â€œThere’s a lot of great art in Minnesota, and it’s very competitive,â€ Kern said. â€œSeveral of my teachers and mentors submitted assignments and were rejected. There is some luck involved. But we are part of a large community of artists, that’s for sure.

With his three-on-three record, we asked Kern what advice he would give to the Upsides for the first time. â€œIt’s a numbers game,â€ he said. â€œThe more you apply or submit your work, the better your chances. If you don’t submit any work, you don’t stand a chance.

Kern is the recipient of two Artist Initiative Fellowships from the Minnesota State Arts Board, the first in 2016 and the second in 2018. Playing with the numbers, he made a surprising discovery. â€œIt’s actually easier to receive an Arts Initiative grant from the Minnesota State Arts Board as a photographer than it is to participate in the fine art exhibit as a photographer. The grant is about a one in four chance. Exposure, about a one in ten chance. 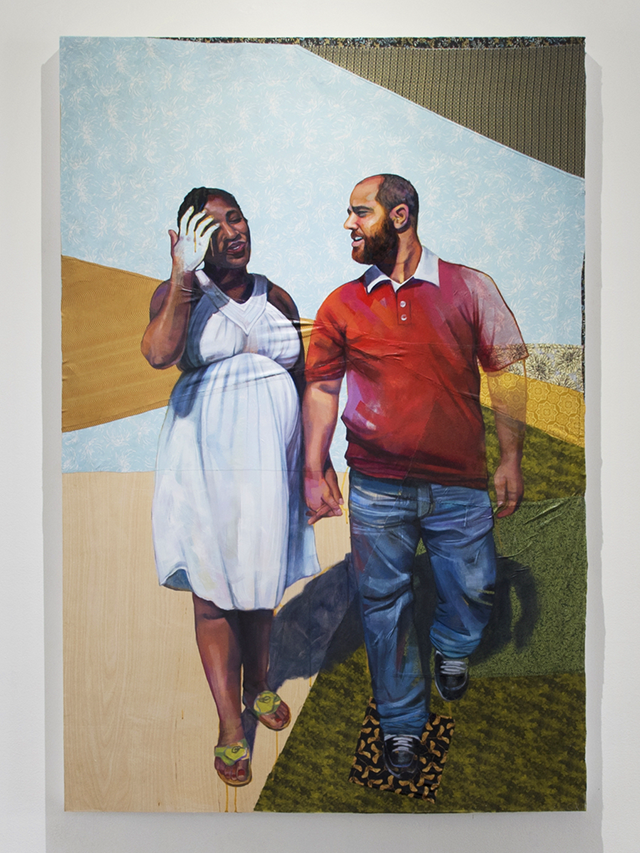 Courtesy of the Minnesota State Fair

â€œIf you don’t go to the fair you still have a hell of a chance to get $ 10,000 to do a grant project and create new artwork, which is exciting.

Any advice for new visitors to the Fine Arts Exhibition? â€œGo early, when it’s less crowded. Choose your favorites. Follow up with the artists and let them know how much you enjoyed their work.

Here’s a list of the first place winners chosen by the jury this year, if you want to find them first.

Second and third prizes were also awarded, as well as merit prizes. Many other awards have been presented by sponsors including the Minnesota Museum of American Art, Weisman Art Museum, Banfill-Locke Center for the Arts, North Hennepin Community College, Northern Clay Center, Textile Center, Gordon Parks Gallery and the White Bear Center. for the Arts. Look for labels with colored bands.

A catalog is available ($ 2) listing all arts and artists, including awards and prizes. Most of the works of art are for sale. A 20 percent commission supports State Fair’s arts programs.

The Fine Arts Center is open every day of the fair from 9 a.m. to 9 p.m. A different artist from Minnesota is on site every day, all day, making art and answering questions.